13 Trees Planted for each Booking

Chitwan National Park is one of the few remaining undisturbed parts of the Terai and has a rich flora and fauna including Bengal tiger, single-horned Asiatic rhinoceros, wild elephants, leopards and the rare gangetic dolphin

Once you get to Chitwan your lodge’s resident naturalist will meet to discuss your plans and what activities you would like to do throughout your stay. As part of your package the following activities are normally included: jungle drive in a jeep, bird watching, nature walk, canoeing, ox cart ride, village tours and bathing with an elephant. In the evenings most lodges will organise a cultural show with traditional local Tharu dances and slide shows about Chitwan National Park.

The lodges located inside Chitwan National Park were closed down in July 2012. Over the last few years several high quality lodges have been constructed outside the Park mainly in the area further west along Rapti River. In Chitwan we use four lodges depending on your budget: Barahi Jungle Lodge (higher end), Tiger Tops Tharu Lodge (high end), Jungle Island Villa (mid-level) and Narayani Safari Camp (budget).

Chitwan is located on the plains to the south of the Himalaya range on near the border with Nepal and India. This area is one of the few remaining undisturbed parts of the Terai and has a rich flora and fauna including Bengal tiger, single-horned Asiatic rhinoceros, wild elephants, leopards, sloth bear and the rare gangetic dolphin. Chitwan is also a superb bird habitat with over 300 species recorded.


The latest surveys indicate there is currently 125 tigers and 500 rhinos in Chitwan National Park showing a healthy increase in numbers over the last thirty years. The size of Chitwan National Park is 932 square km plus a buffer zone of 766 km2 comprised mainly of sal forest, water marshes and grassland. There is a high diversity of ecosystems from the flood plains of the Rapti and Narayani rivers with their ox-bow lakes and rising up to 800m in the hills to the east. Chitwan National Park was designated as UNESCO World Heritage Site in 1984.

To get to Chitwan National Park you will fly for an hour and half to Bharatpur airport and then drive to your lodge. It is also possible to drive from Kathmandu to Chitwan, this journeys takes around five to six hours.

We arrange your transfer to domestic terminal at Kathmandu airport for the flight to Bharatpur. On arrival you will be met by a representative from the lodge for the drive to Chitwan.

Activities at your lodge in Chitwan National Park:

Upon arrival at your lodge in Chitwan you will be served a welcome drink and after a short briefing on the program and about their facilities you will be taken to your room. The final program for your stay will be given to you on arrival however we have written the proposed program below. Please note the activities will be adjusted according to the lodge, length of your stay, the season and present weather conditions. The following is an outline program for the rest of the day:

3:30pm Jeep Safari: a driver along with a naturalist guide will take you into the core area of Chitwan National Park. Crossing the savannahs and entering into the dense jungle you will get the chances to spot various birds and animals in their natural habitat.

6:30pm Slide Presentation: one of the resort’s jungle experts will introduce background data and history of the Chitwan National Park as well as some other topics relating to wildlife

The following is a typical program for the day:

5:30am Wake-up call: followed by tea or coffee.

6:00am Canoeing: A traditional dug-out canoe takes you on a silent trip down the Rapti river to view aquatic birds and the animals on the river banks.

10:00am Elephant stable visit and bathing: Learn more about these fascinating animals during a visit to the elephant stables. Bathing with the elephants in the river will follow although not in winter months.

3:00pm Nature walk with visit to Crocodile Breeding Farm Visit: this trip is on foot through Sal forest, open grassland and riverine jungle. The naturalist guides will identify the species of birds, plants and other wildlife that you may see along the way. At Crocodile Breeding Farm you will see the endangered Gharial Crocodile, Marsh Mugger Crocodile and Tortoises.

6:30pm Tharu Stick Dance: Farmers of the nearby villages will show their traditional skills and dances.

Day 3: Fly back to Kathmandu

After morning jungle activities you will be driven to Bharatpur for your flight back to Kathmandu. You will be met on arrival to Kathmandu and transferred to your hotel. Please note your Kathmandu hotel is not included in the cost of this extension, if you require an additional night’s hotel accommodation in Kathmandu we can arrange this for you. 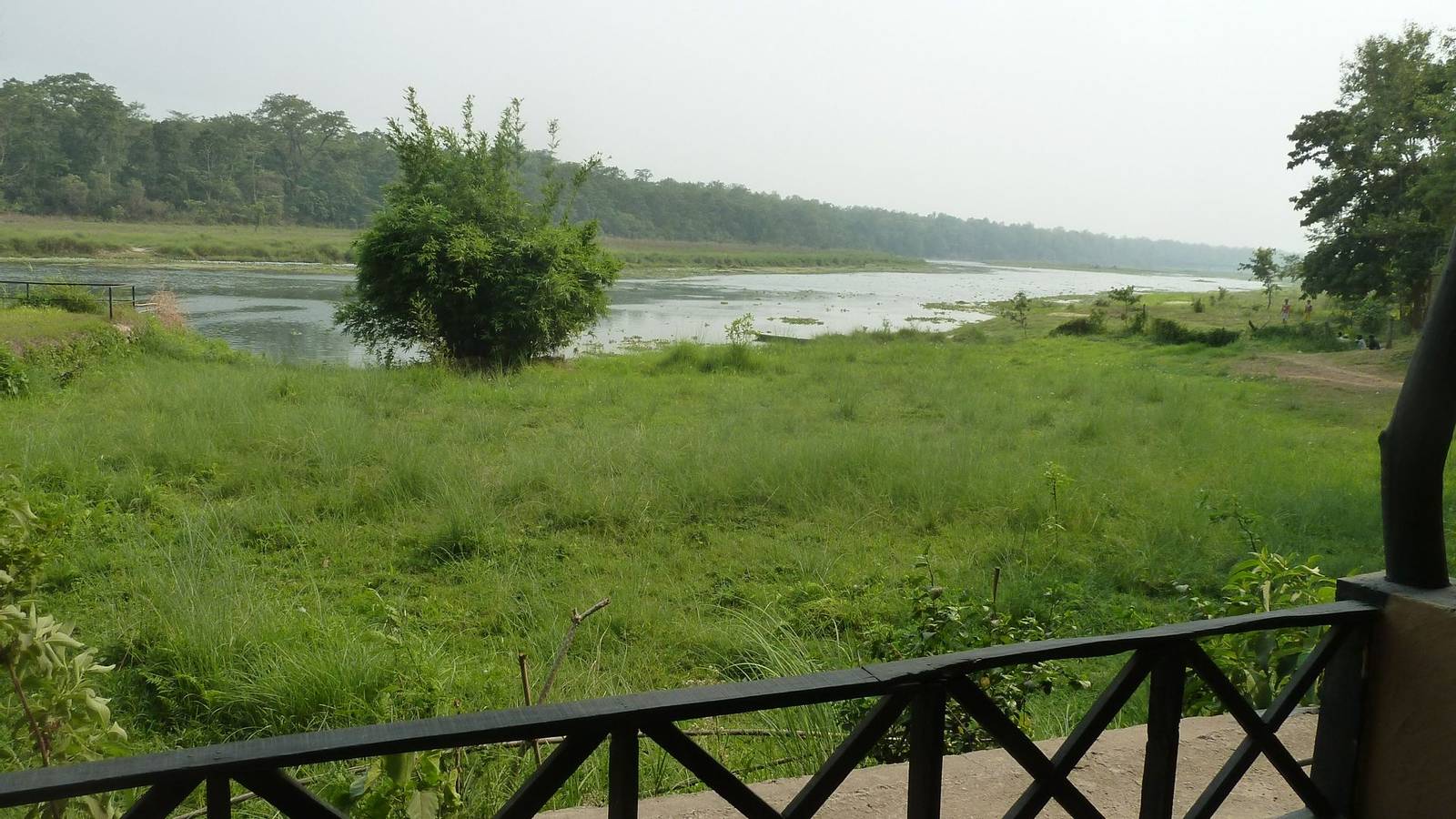 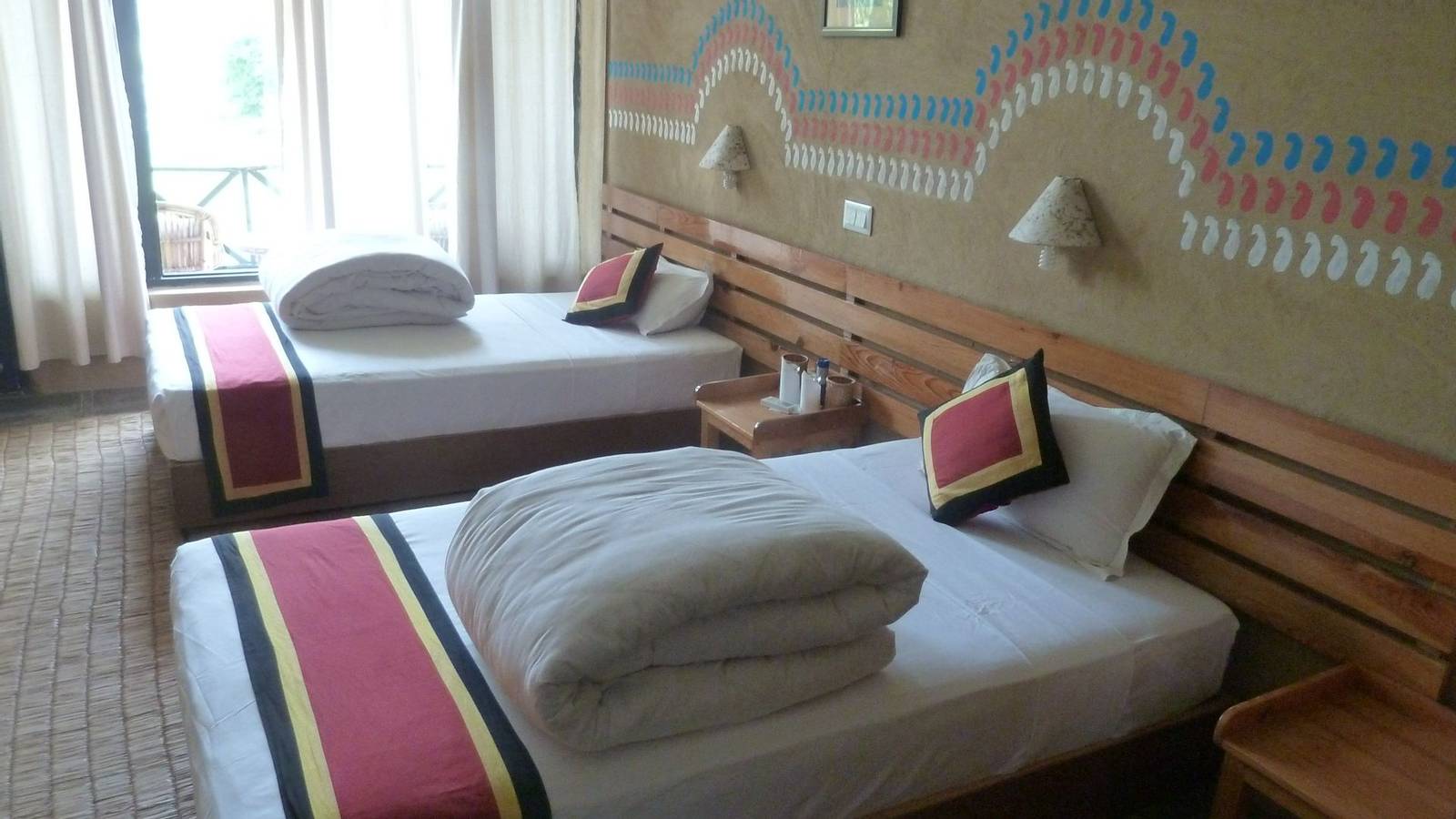 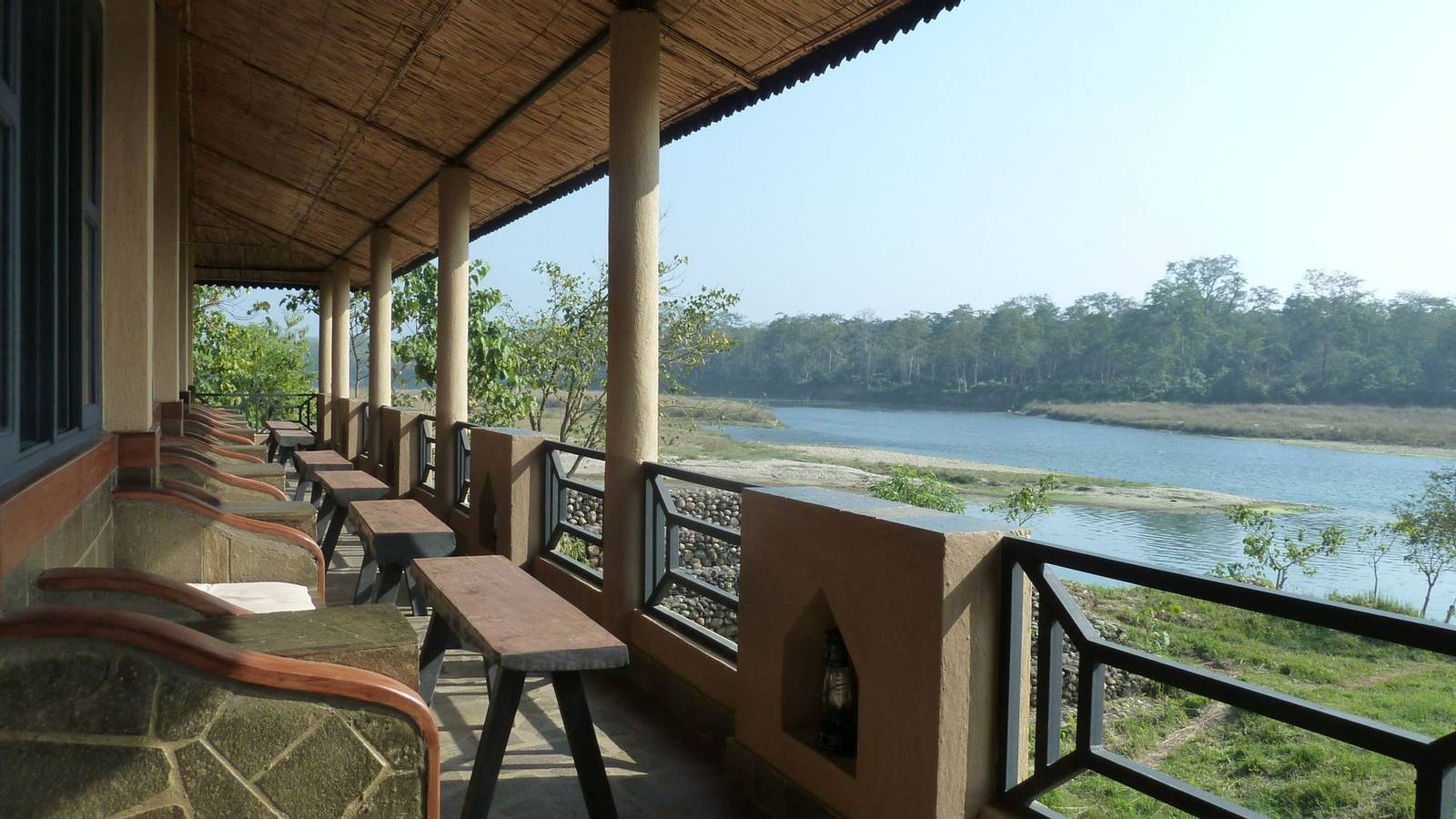 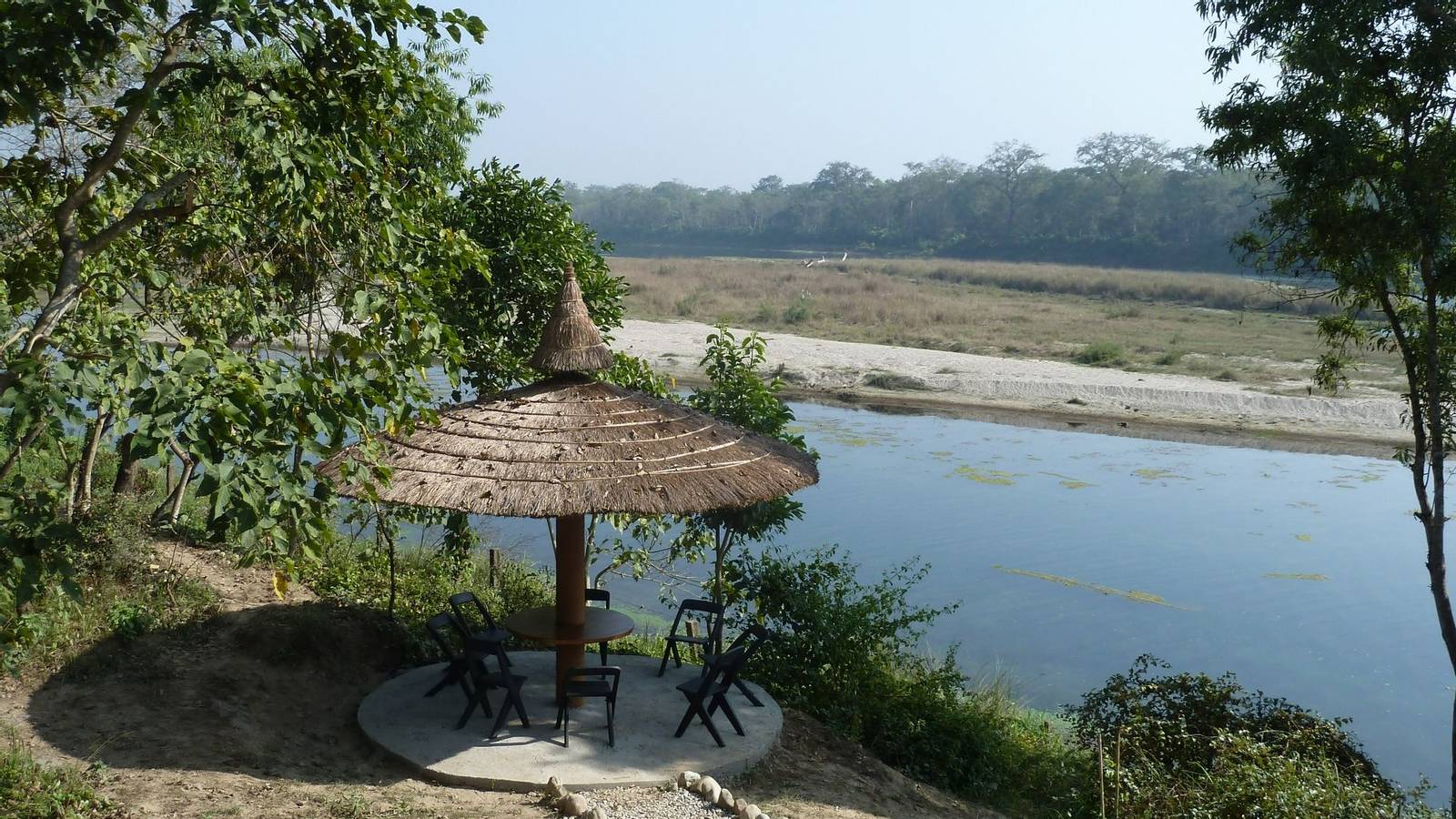 Jungle Villa Resort is located near to the Chitwan National Park headquarters, Kasara, on the banks of the Rapti river. The resort is is between two community forests and the National Park is on the other side of the river.

Accommodation at the resort includes a cluster of cottages having well-furnished rooms equipped with modern amenities. All cottage rooms overlooking the picturesque Rapti river and Chitwan National Park. 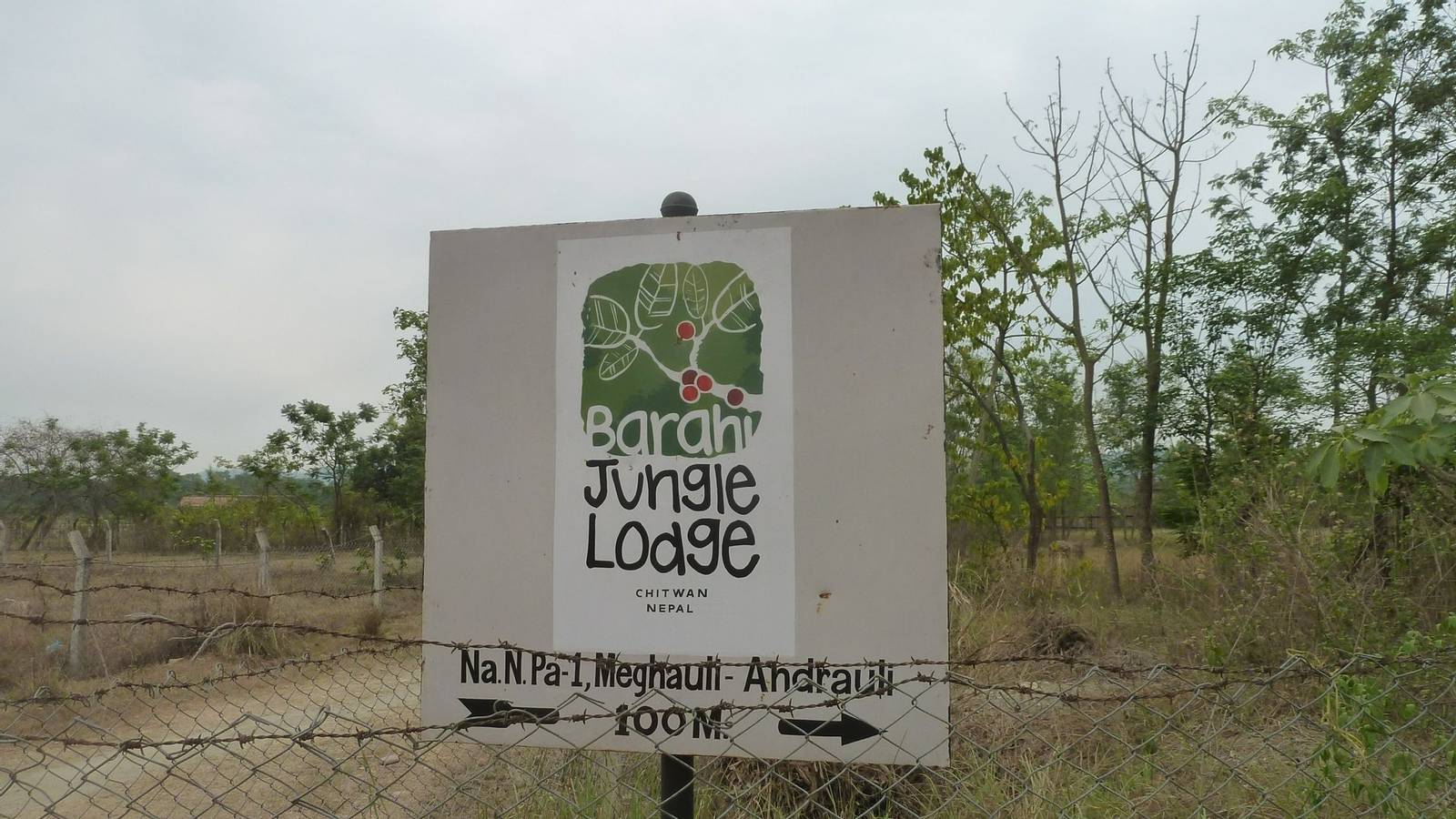 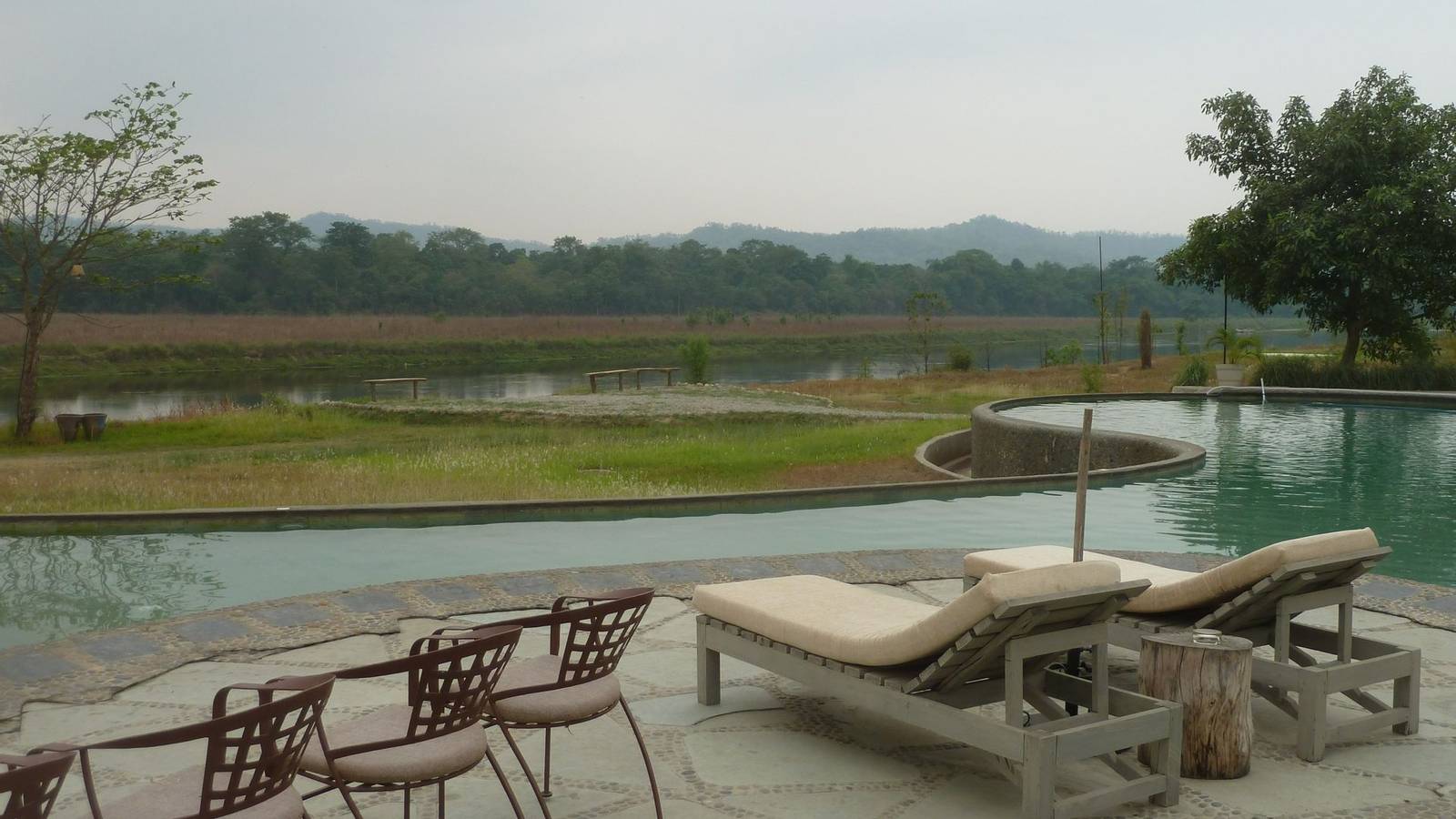 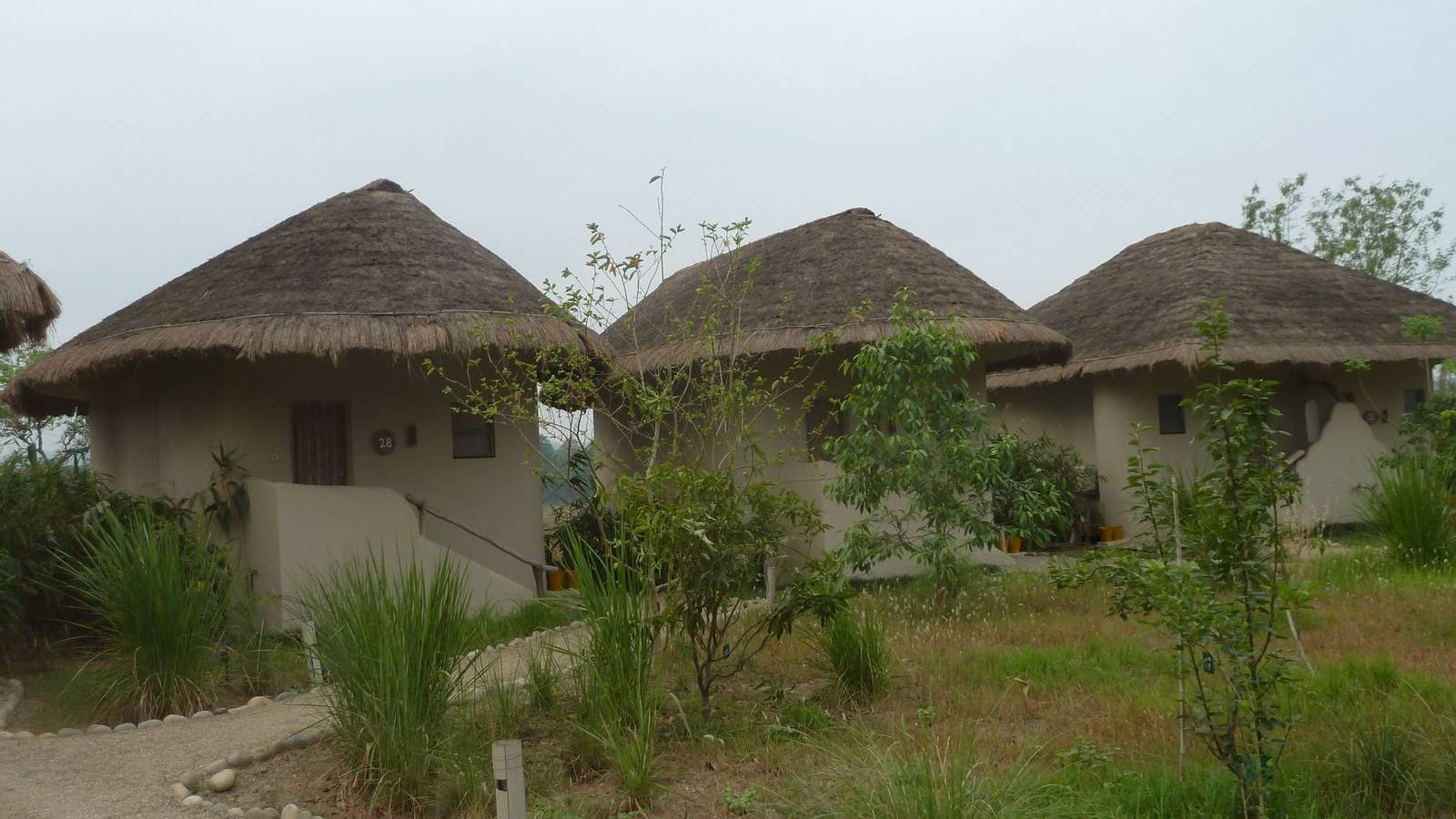 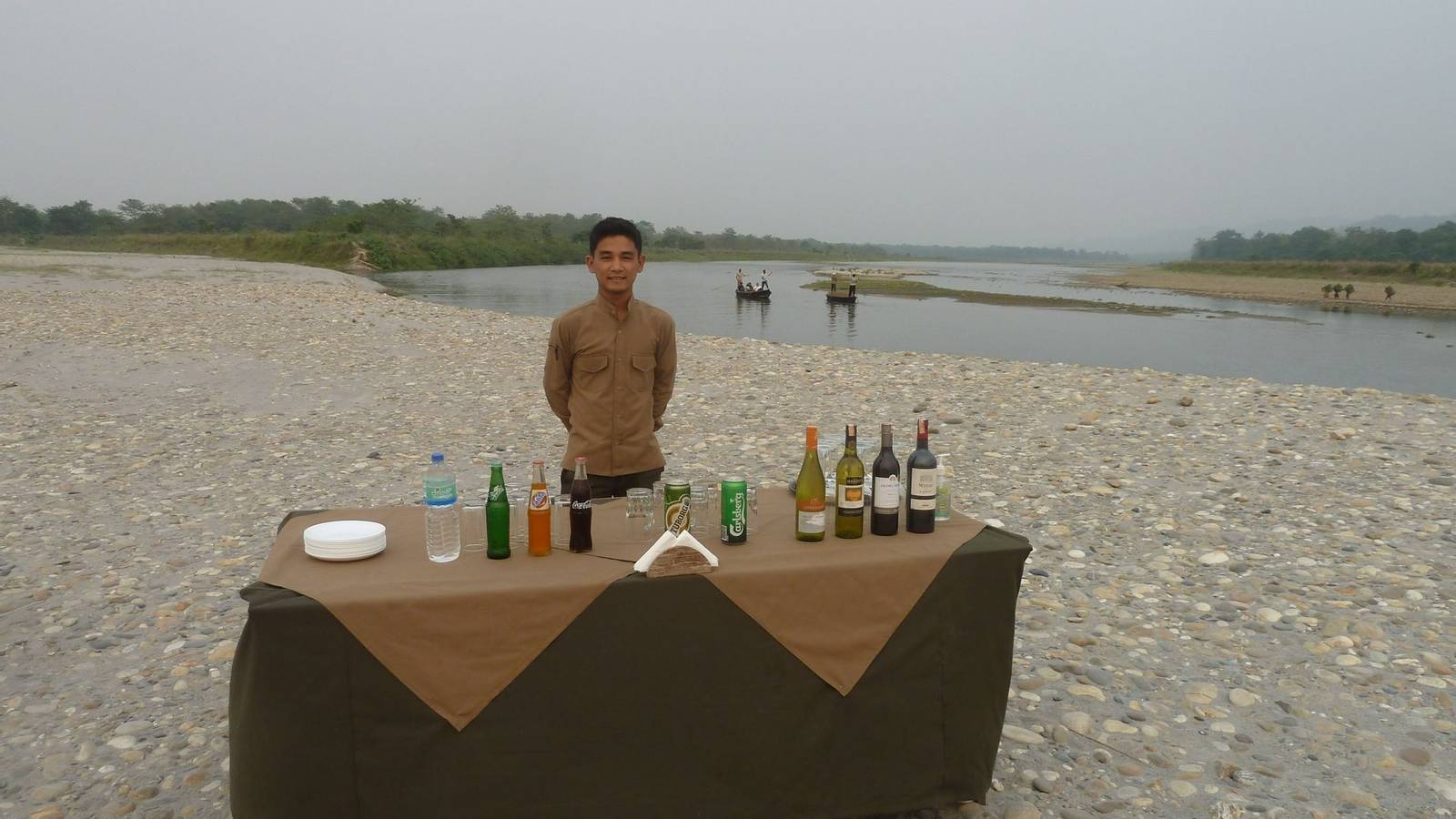 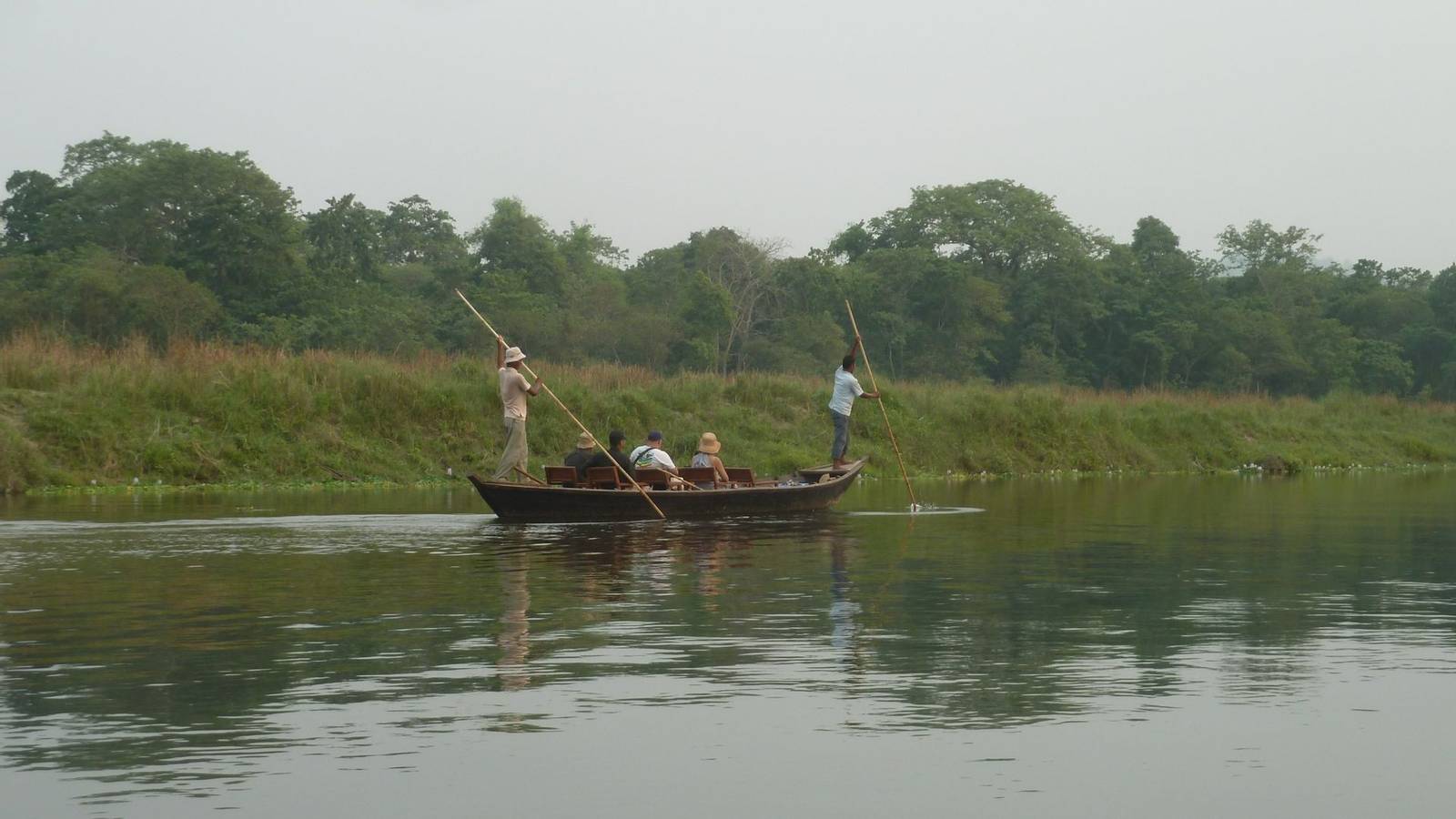 Barahi Jungle Lodge has a wonderful location overlooking East Rapti river near Megauli. This property has extensive grounds spreading over twelve hectares with gardens of lush tropical vegetation. The staff at Barahi are friendly and the naturalist guides are some of the most experienced in Chitwan.

The lodge has 35 individual cottages and these Deluxe rooms have a blend of blend of contemporary and traditional Tharu designs using wood, bamboo and elephant grass. Each room opens to a private balcony with views of Rapti river and over to Chitwan National Park. The restaurant serves a range of dishes from international to Indian and Nepali using organically grown vegetables. There is also a bar called Tiger’s Den near the swimming pool. 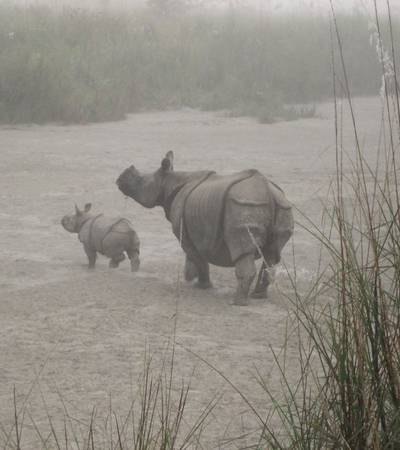 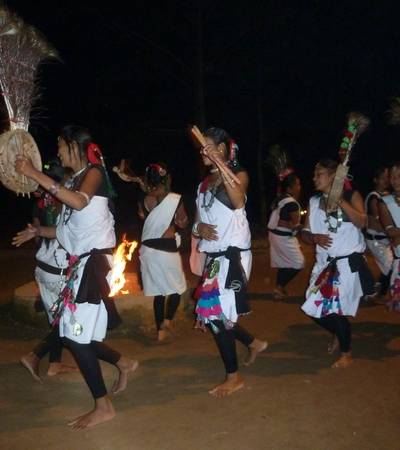 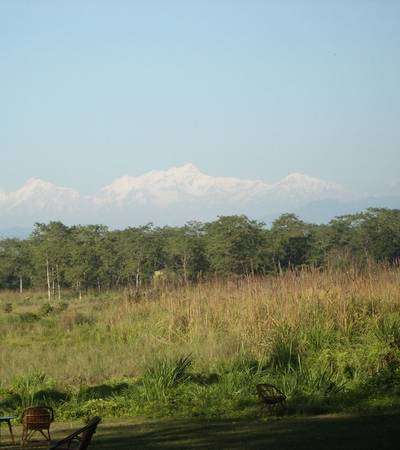 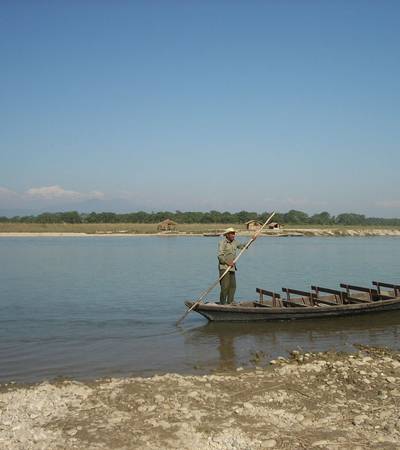 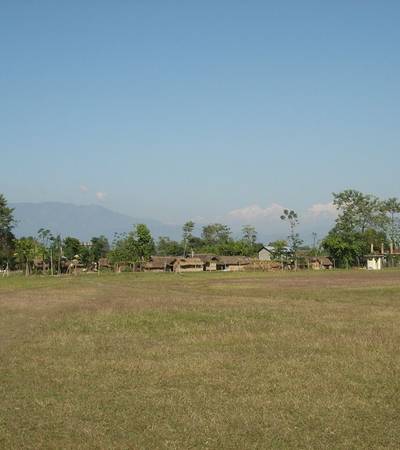 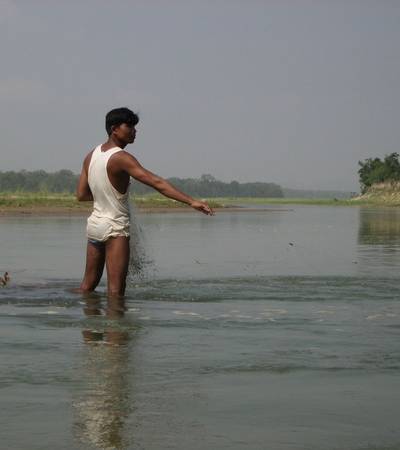 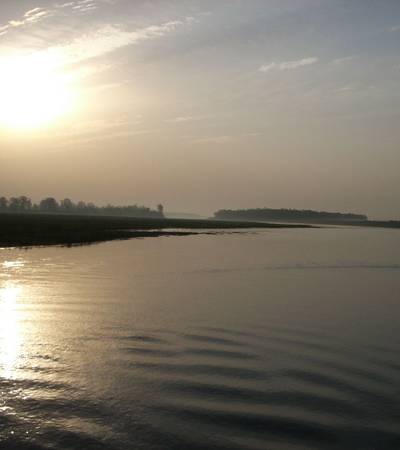