36 Trees Planted for each Booking

Nanga Parbat Circuit trek in Pakistan Karakoram is a remote trail around the 9th highest mountain in the world. We cross three passes and the highest of these is the Mazeno La at 5,400m. We visit the three Base Camps used for climbing the three faces of the Nanga Parbat. These are Herligkoffer Base Camp for Rupal Face, Diamir Base Camp, and Raikhot Base Camp near Fairy Meadows.

Translated from Urdu, the words Nanga Parbat means "Naked Mountain". The summit of this mountain is at an altitude of 8,126m. It is the second most prominent peak of the Himalayas after Mount Everest. This mountain is an isolated massif and its location is south of the great peaks of the Karakoram. A distance of 190km to the North-East lies K2, Broad Peak, and Gasherbrum 1 and 2. We can see the bulk of Nanga Parbat from the Karakoram Highway (“KKH”) beyond the town of Chilas.

Nanga Parbat has three immense faces the Diamir, Rakhiot, and Rupal. To the South is the Rupal face and this is one of the highest in the world at 4,600m from the base. To the West is the Diamir face and to the East is Rakhiot face.

On the high altitude trekking trail around Nanga Parbat trek, we see all sides of the mountain and visit some of the Base Camps. We cross three high passes: Mazeno La at 5,400m, Karu Sagar pass at 4,900m and Khutsu pass at 4,840m. Mazeno La is a technical high pass whereas the other two do not need mountaineering skills to cross.

Nanga Parbat has a long, colourful, and deadly mountaineering history. Before the Second World War, there were several German expeditions resulting in 31 deaths. As a result, this peak was called the “Killer Mountain”. These early expeditions approached from the north. This route is prone to avalanche and bad weather.

The first ascent was by Herman Buhl in 1953 on the Rakhiot Flank to the East of the mountain. Herman climbed solo and without supplemental oxygen. This was the third summit of an 8,000m mountain after Annapurna 1 in 1950 and Mount Everest in 1953. These days most expeditions climb on the Diamir face following Kinshofer Route.

A prominent feature of this mountain is the Mazeno Ridge. This is the longest ridge on any of the 8,000m peaks and there are seven subsidiary peaks over 7,000m. This ridge starts from the Mazeno La that we cross over on Nanga Parbat Circuit trek. Climbing to the summit of Nanga Parbat following the Mazeno ridge is very difficult. There have many attempts including three times by Doug Scott. The ridge was first climbed to the summit in 2012 by Sandy Allan and Rick Allen.

Walking for 4 to hours

Walking for 6 to 7 hours

Climbing over the pass 7 hours

Walking for 6 to 7 hours

Hotel Hill View is a modern hotel and is a comfortable base for our groups while in Islamabad. It is a short walk to Jinnah market where there are good restaurants and shops.

Hotel Hill View has a store room where you can leave luggage not required while on trek. You can also leave any gear not needed on trek at K2 Motel in Skardu. There is wifi at the hotel. 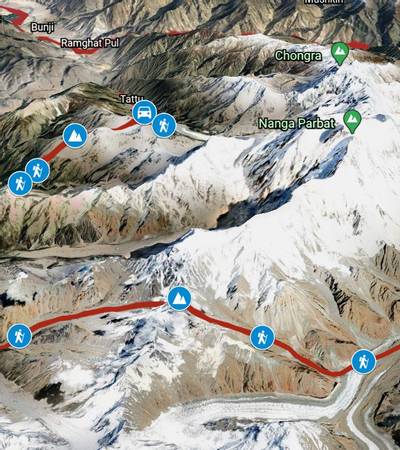 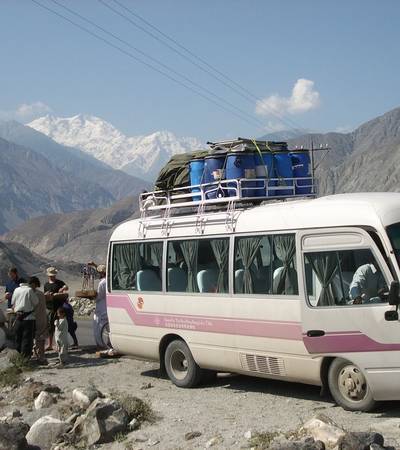 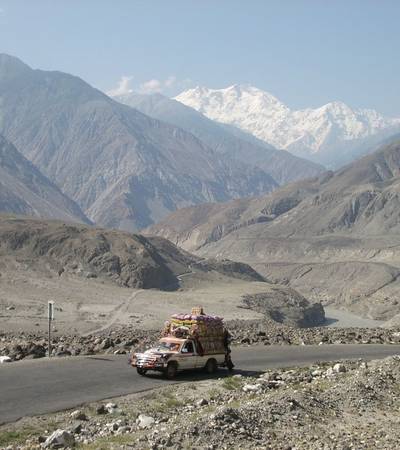 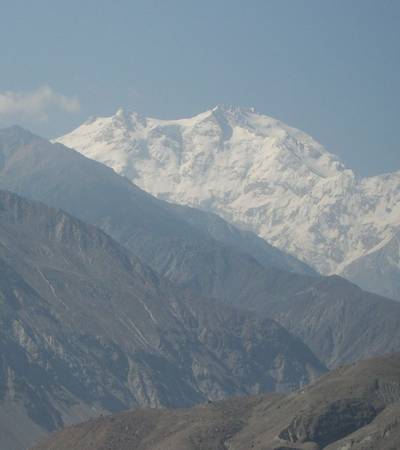 If you are a single person booking on our Walking and Trekking holidays using Teahouse Lodge or Camping styles you do not have to pay the single room supplement, this is only payable if you specifically request to have a room to yourself. You will not have to pay this for this option if you happen to end up with a single room due to odd numbers on the trip. However we charge a compulsory single room surcharge for trips using Luxury Lodges and Luxury Hotels due to the high cost of the accommodation.

Suitability: a good choice for regular, long distance hill walkers. A very high level of fitness would be required for our toughest treks and expeditions. Previous trekking experience at high altitude is preferable although not mandatory given sufficient experience, preparation and training. These trips may involve mountaineering and glacial travel.

1) Walking times: average 7 to 9 hours walking per day (with several longer days up to 15 hours) for up to 28 days with some rest days included.

3) Terrain: you will experience a wide variety of mountain terrain from reasonable trails to crossing technical mountaineering passes and climbing to summits sometimes including use of fixed ropes.

4) Remoteness: usually in more remote areas and likely to be a long distance from the nearest road and facilities available in a city.

International Leaders are allocated for our more technical or remote trips, working as a team with our Local leaders. All of our guides both International and Local have received training and/ or detailed briefings on how to follow our standard operating procedures (SOPs).